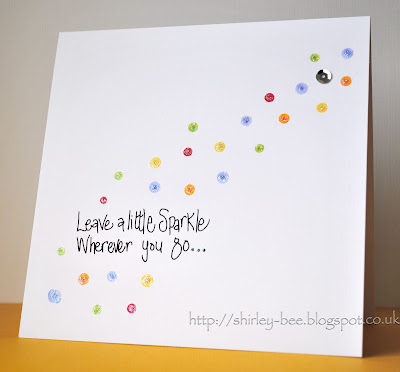 The challenge at Less is More this week is to create a one-layer card inspired by a film, so my film title is Stardust.  There was a film of this name in 1974 starring David Essex and Adam Faith (follow-up to That'll Be The Day), and a different one (romantic fantasy) in 2007 starring Claire Danes and Michelle Pfeiffer.

I took my inspiration from the bright pops of colour from this week's CASE Study by JJ Bolton:

And from the current challenge at Pinspired: 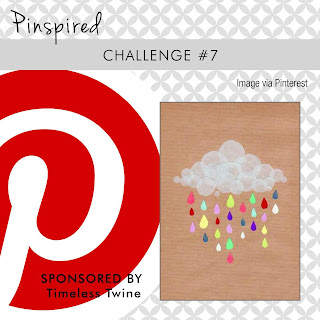 And the theme at CAS-ual Fridays is glitter, so I've been liberal with the Stickles!

CFC98:  Use glitter, stickles, glitter ribbon, etc on your CAS project to make it sparkle.

I used the sketch from CAS(E) This Sketch, but when I've come to do the post and checked the maximums for each challenge, I've reached the maximum allowed for Pinspired.  And seeing as I've already submitted one for CAS(E) This Sketch but not for any of these others, that's the one that has to give.  This is the third time I've burst on challenges in the last couple of weeks.  Oh well.

The sentiment is by Studio 12 and the colours are Dottariffic pens.
Posted by shirley-bee at 16:15