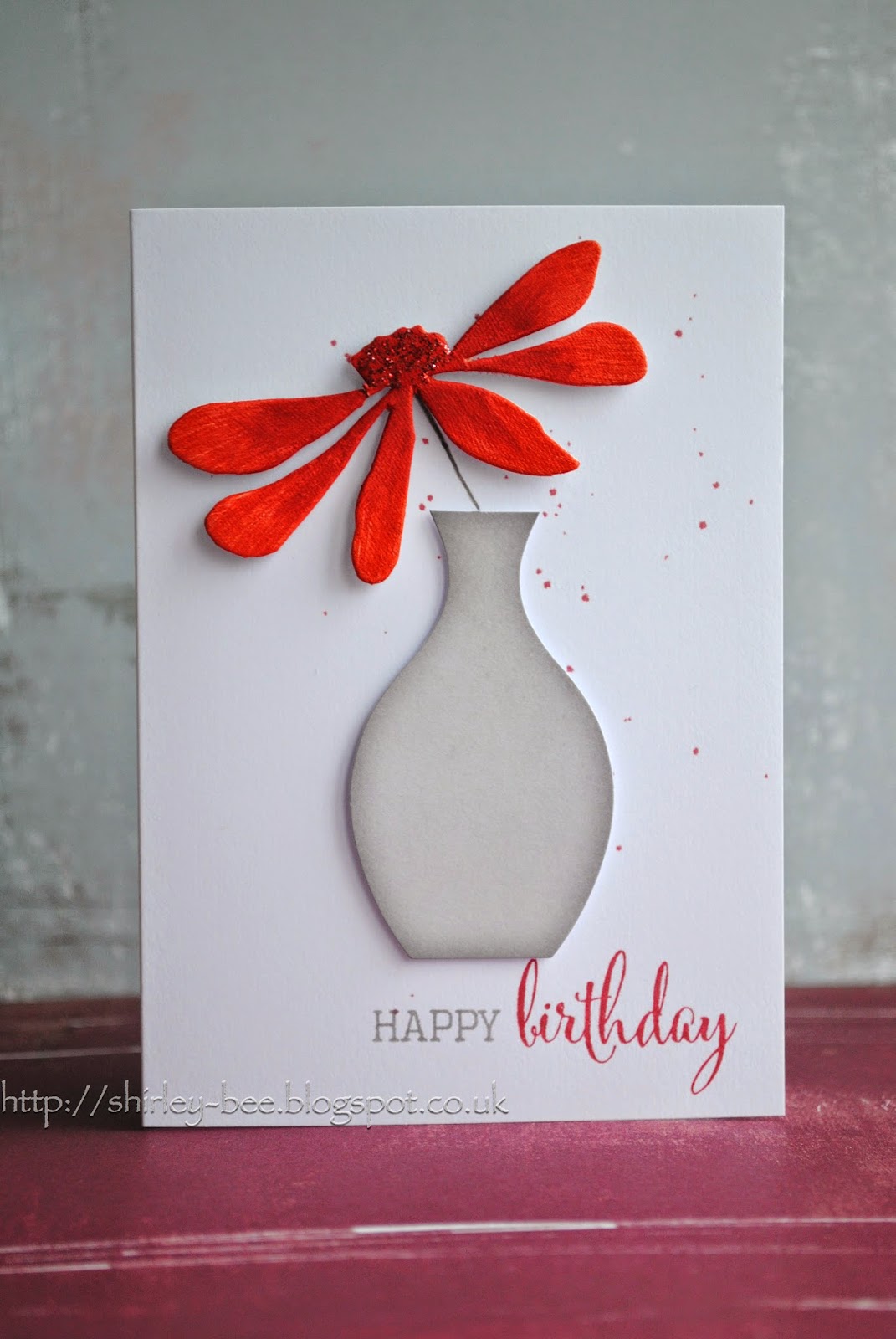 I'm playing along with CASE Study, where the inspiration is provided by Jaclyn Miller:

And Simon Says Monday Challenge,  the one with No Rules

I found a pack of NBUS chipboard flowers in my stash so I treated one of them to a layer of gesso, a layer of white acrylic paint, then a layer of red acrylic with a touch of dark red around the centre and a good dollop of Stickles to the centre.

I stamped the sentiment in Versafine Smoky Grey and Memento Rhubarb Stalk and splatted some Rhubarb Stalk on the card and drew a stalk before adhering the die-cut vase and flower.

Speaking of splatting and rhubarb stalks, DH was telling me how, as a very young boy, he would throw sods of earth at the freshly laundered white sheets his mother had pegged on the line.  His other pastime was smashing cabbages with a stick in his dad's vegetable patch....
Posted by shirley-bee at 22:58