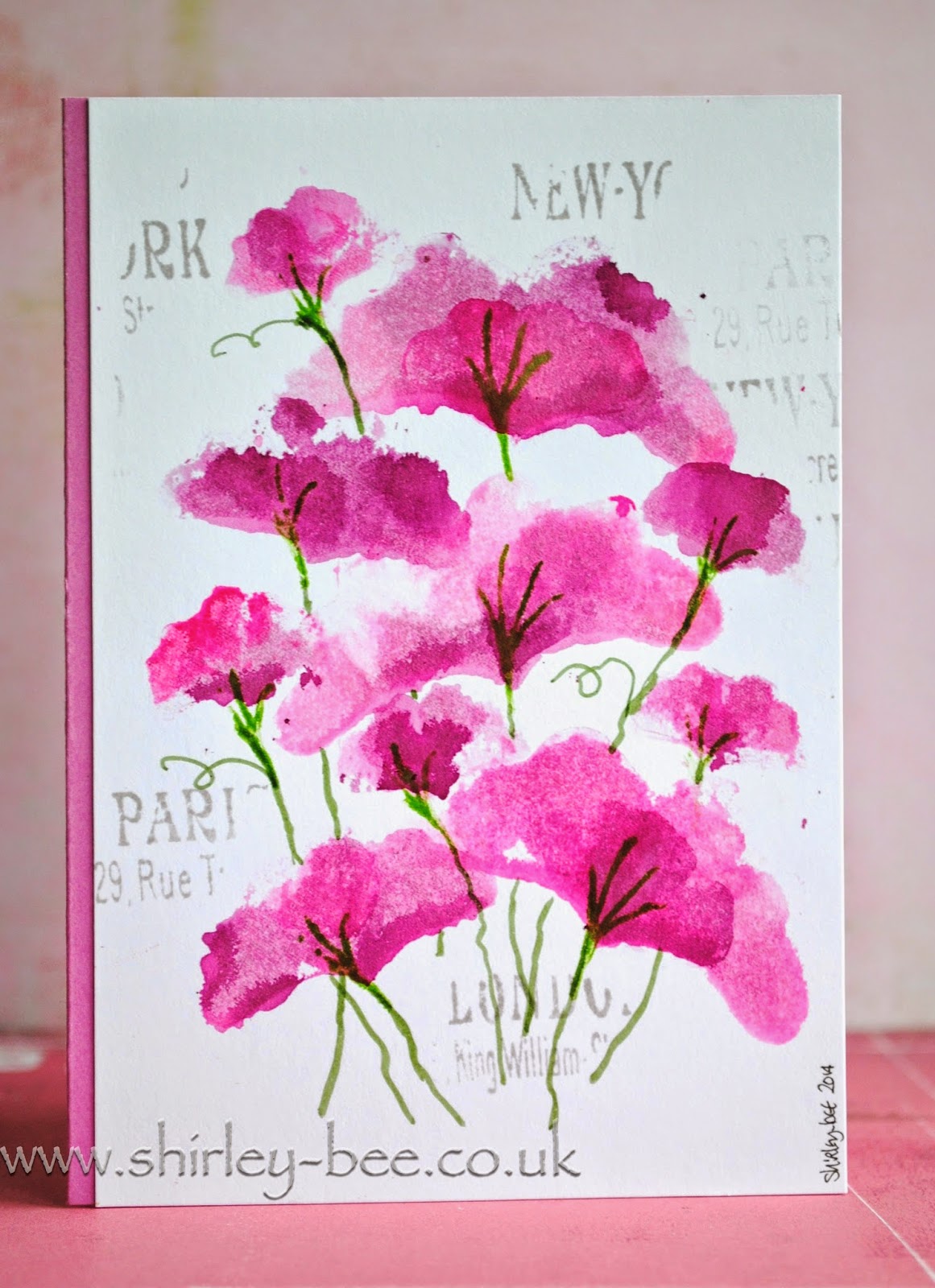 There's a party going on over at Ardyth's blog for birthday girl Darnell.  I'm bringing flowers to the party.  I usually take wine to a party and I'm always made very welcome.

I entered a similar card into Darnell's NBUS challenge, using my homemade gingko stamps, so I thought I would make this one to send, not realising that we'd be partying today and there's a fair chance it may not arrived in the US of A yet.  So, Darnell, if this hasn't arrived in your mail yet, just close your eyes...

Oh, wait a minute, open them again, I want to show you my good deed for the day.  I saw this dragonfly apparently dead with a broken wing on the conservatory windowsill, but then it started fluttering, caught in a spider's web. 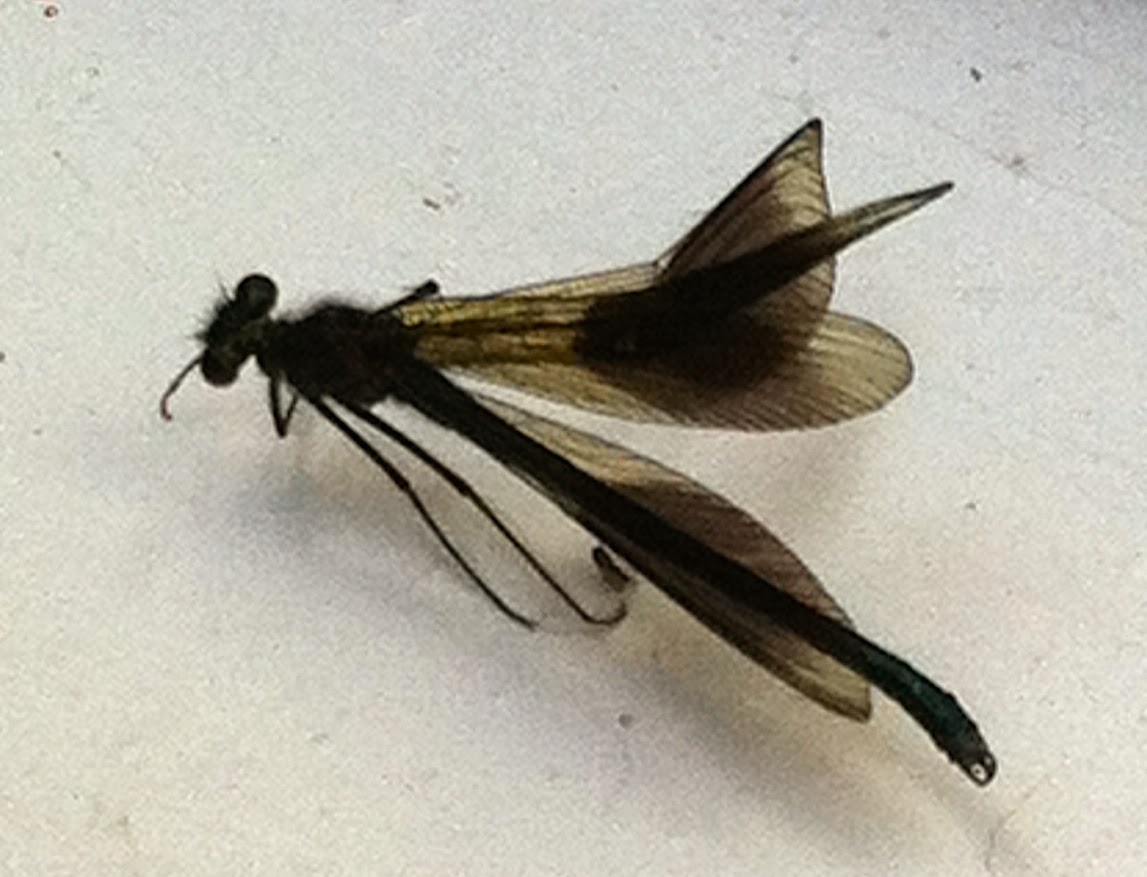 So I scooped it up with a biro and the tiniest ever spider came rushing out to try and claim its prey, but we escaped.  You can see the spider gunk around the pen in this second photo.  I managed to pull most of it off and the dragonfly was able to fly away. 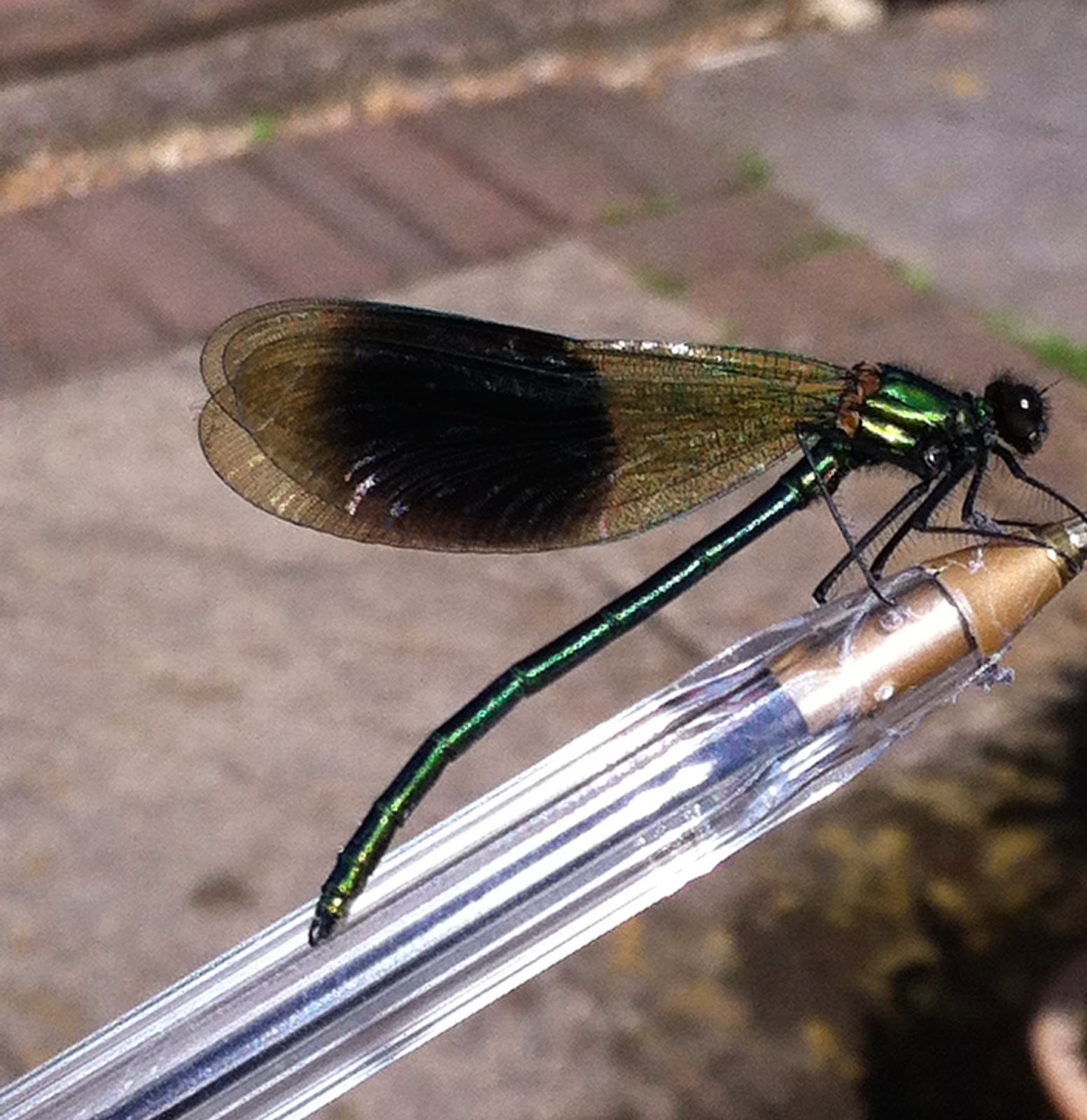 On another completely random note, I went on a little jolly to York and Harrogate with my friend Melanie and her son Henry.  We spent most of the journey spotting diggers and trucks for Henry, who is nearly 3, and as we approached Harrogate we kept seeing bicycles painted yellow - one with a stuffed sheep sitting on it wearing a yellow jersey; small bikes, large bikes, trikes, a penny farthing, all yellow.  Chained to railings, up telegraph poles, in gardens, on roofs.  Then we saw bunting made from knitted jerseys - yellow, green, red and white spotted.  Then it clicked - it's the Grand Départ of The Tour de France on Saturday, and the community has really gone to town with its decorations.

One local council's Elf 'n Safety department ordered the knitted bunting to be removed because they feared that when it got wet (as it surely would in England) the weight of all that wet wool would bring down the lampposts that the bunting was attached to.  As one local resident pointed out, sheep don't fall over when they get wet...

Thought you'd enjoy that little digression, Darnell :)  Have a wonderful birthday!
Posted by shirley-bee at 10:00