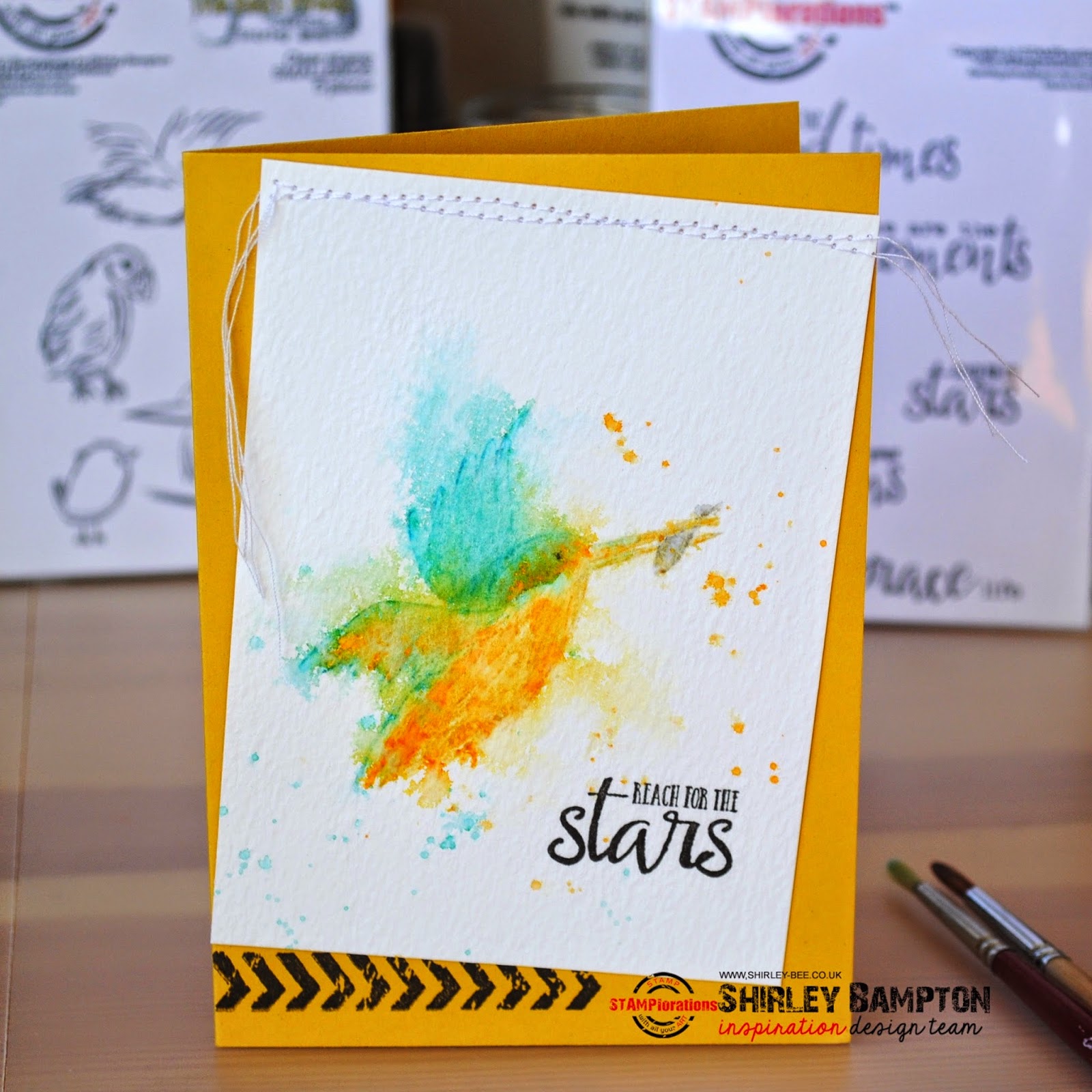 Been playing with one of the images from The Bee's Knees Small Birds.  I originally stamped it in Antique Linen, then painted it with Distress Inks, and added detail with Distress Markers, then added splatters, but I didn't like the finished effect; the image was too flat, even though it had plenty of detail.

So out came the spritzer and I gave it a light spritzing around the wings and the edges of the body, protecting the beak, fish and splatters.  And I was happier with it.  Trimmed the panel, added stitching, added a sentiment from Noteworthy and a grunge chevron from Mixed Media Grunge, and it's good to go.

Pop on over to the STAMPlorations blog for more inspiration from the team.