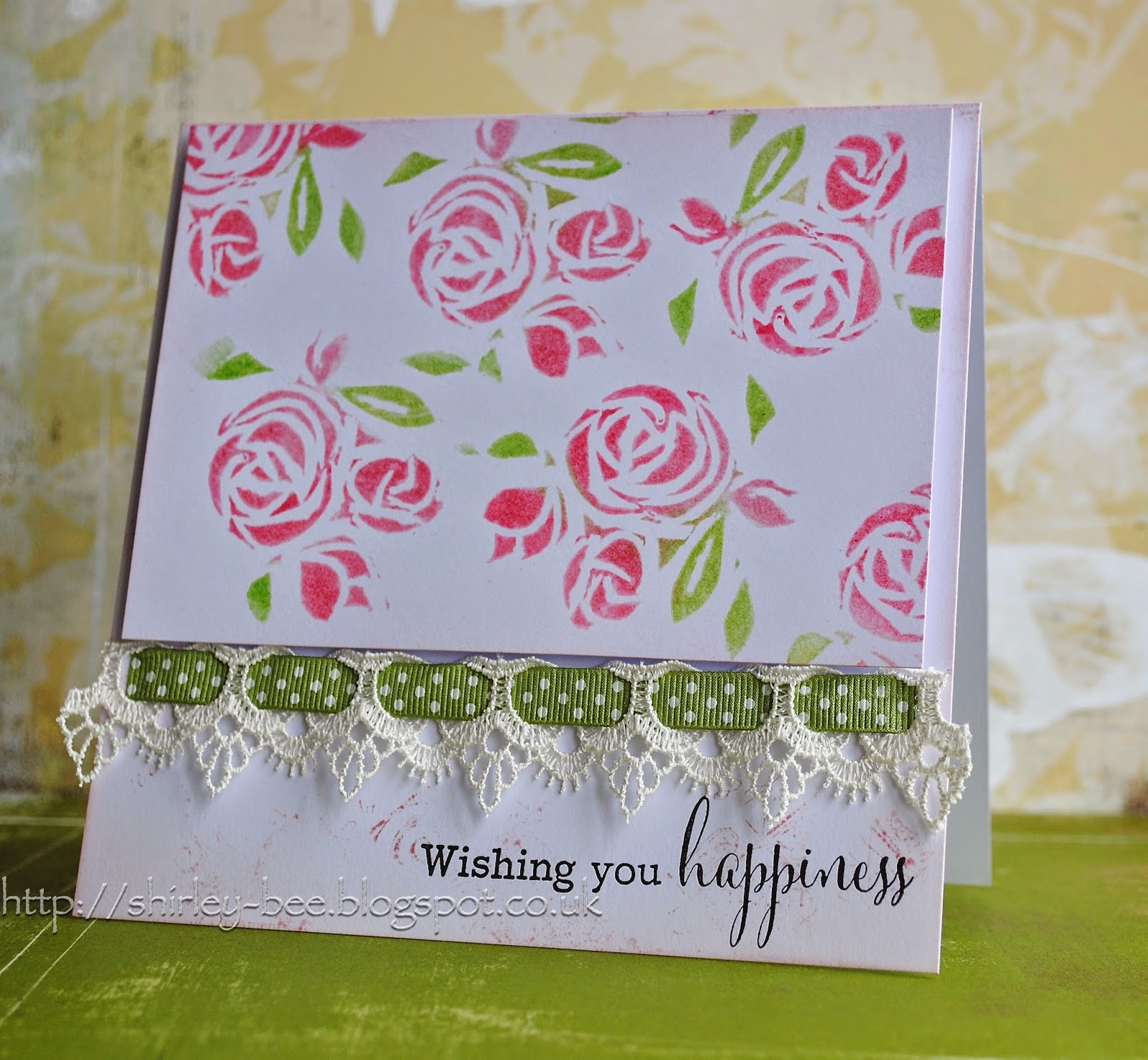 Are you playing along with Craft Stamper's Take It, Make It challenge?  We want you to create your own stamp - from a potato!  This is what I did with the other half of the potato from last week. 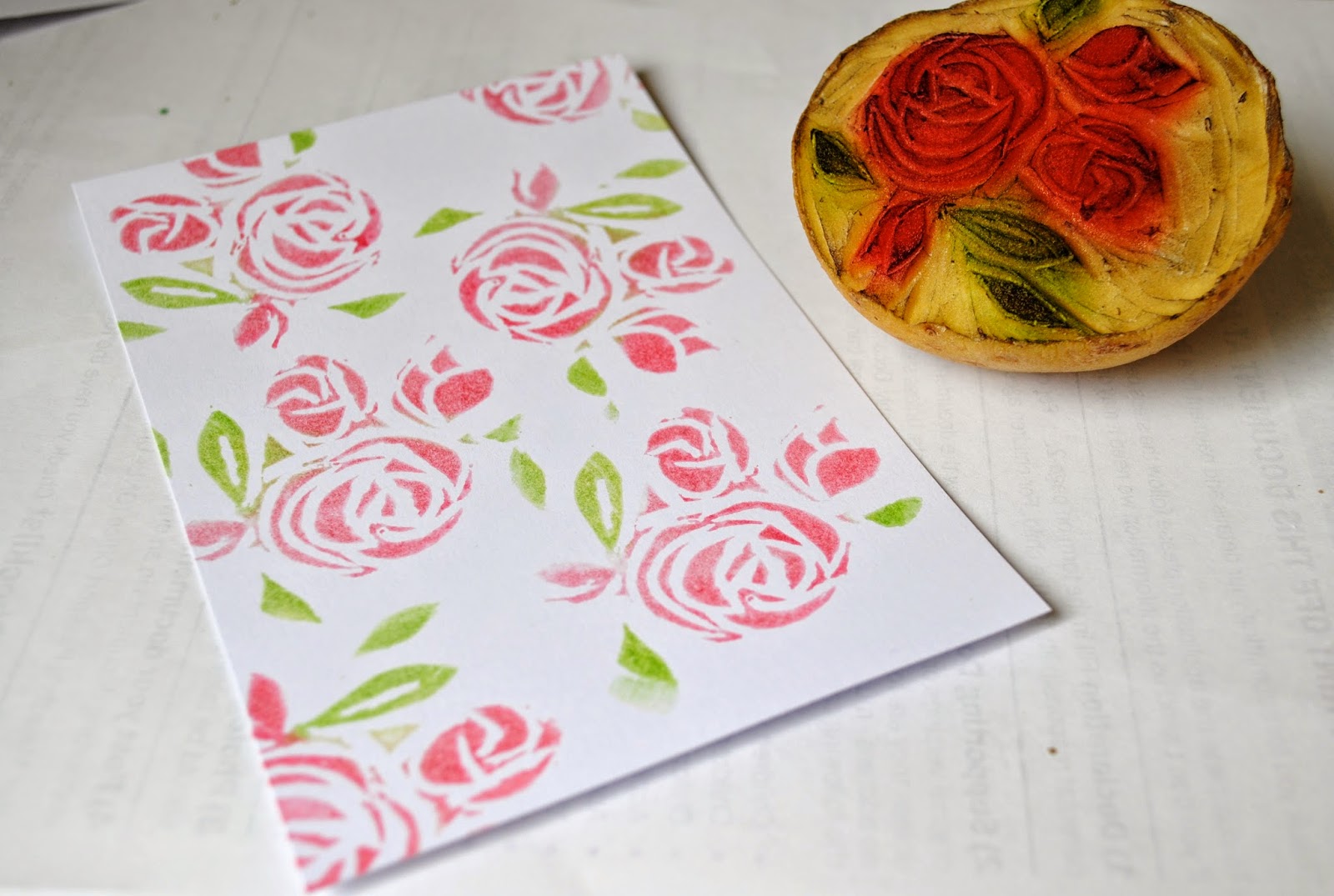 I carved some roses and leaves and squished some Worn Lipstick and Mowed Lawn Distress Inks onto an acrylic block to use as a palette, and painted the colour on to the potato.  Popped the panel up on a card, added some lace and ribbon and a sentiment from Clearly Besotted.

When I was at school, the October half term holiday was known locally as spud-bashing week.  All the local farmers took on schoolchildren (aged 13 upwards) to pick potatoes in their fields.  You had to knock the heavy black soil off the spuds.  Or you could go beetroot screwing.  You had to screw the tops off the beetroot.  That's what I did, and got a sprained wrist for my efforts.

When No.1 son was a nipper, he would zoom round the kitchen in his baby walker, grabbing potatoes from the vegetable rack on his way past, and would hurl them across the kitchen.  Either that or grab a packet of crisps in each hand and bash them together on his way round.

So grab a potato and come and join us!  You don't have to be a sculptor to have a go.  You could cut a really simple shape - a square, an oblong, or better still, a random shape and repeat print it to use as a background.  Just remember to include real stamping as well.  There's a fab prize, and the winner gets their project published in Craft Stamper Magazine and a guest designer appearance.  And there aren't many entries so far, so you'd be in with a really good chance of winning.  What are you waiting for?
Posted by shirley-bee at 09:00