Have you seen Becca's fabulous new stamp set at STAMPlorations?  It's called Llama Tell You, and it has some great images and sentiments, look: 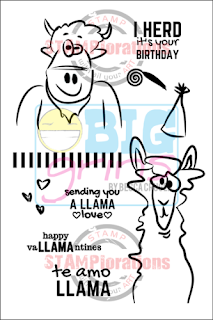 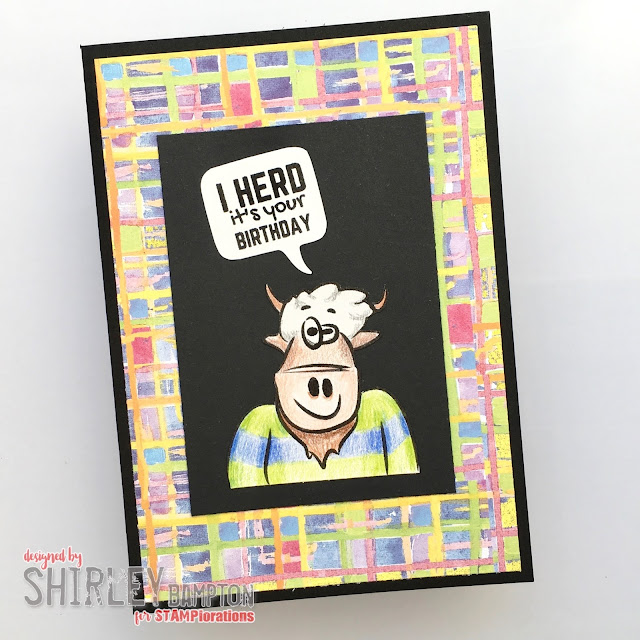 For my second card, I added a bit of colour and shading to the llama then fussy cut her, and place her so that she's peeping over the hill.  The background is a mop-up from Sanna's stencil. 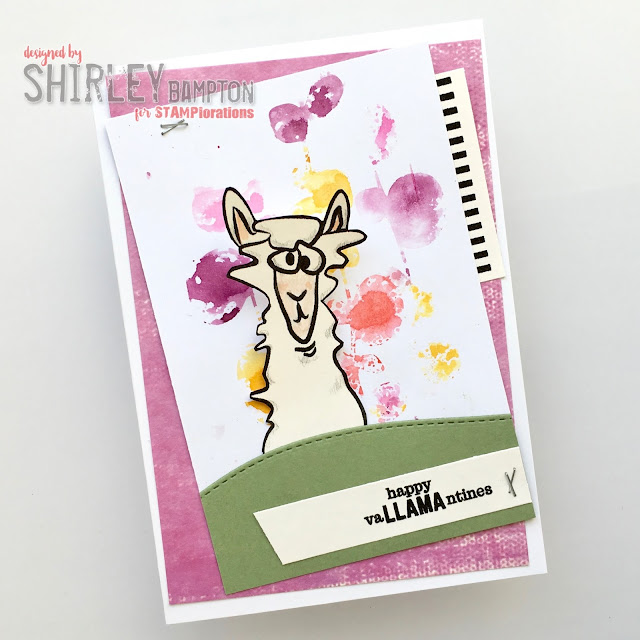 The upper part of the llama image isn't attached, and I've curved it forward a little so that it's a bit more in-yer-face.  See? 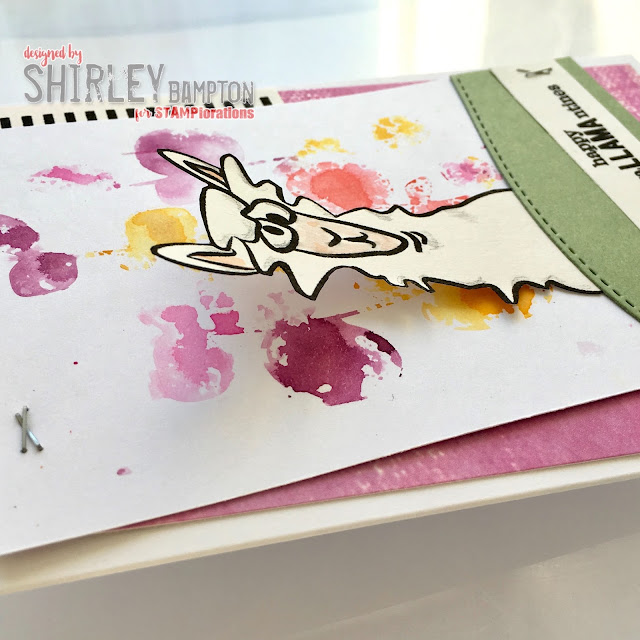 Pop on over to the STAMPlorations blog for some more fabulous inspiration using this set, and don't forget to leave a comment for your chance to win.
Posted by shirley-bee at 17:00

Email ThisBlogThis!Share to TwitterShare to FacebookShare to Pinterest
Labels: Stamplorations