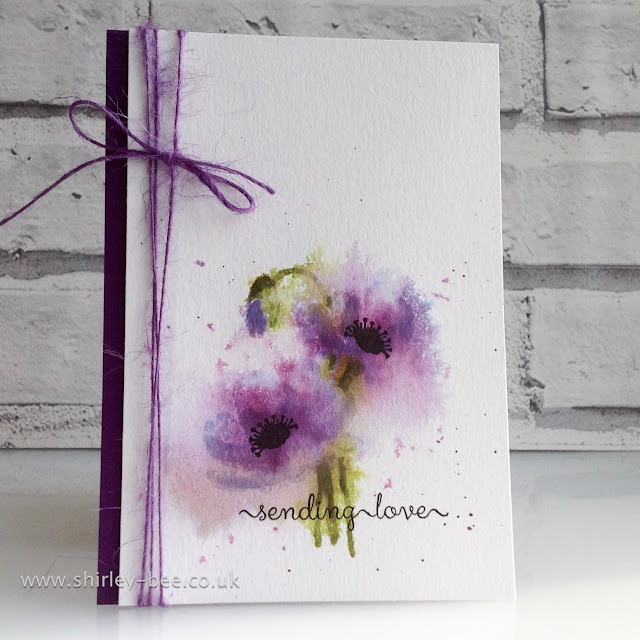 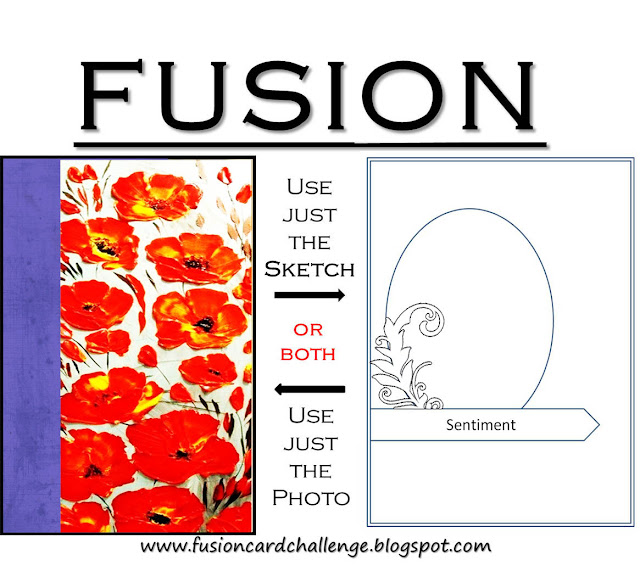 I already had my Clearly Besotted Brushed Poppies stamp set out on the desk (granted, it was under a pile of gelli prints, background papers, half-completed cards, etc., but it was out on the desk) because I wanted to try some poppy cards in colours other than red.  So I turned to my friend Google and searched "purple poppies".

In the UK, Canada, Australia and New Zealand the red poppy has been used since 1921 as the symbol of remembrance and hope to commemorate soldiers killed in conflict since 1914, and is worn in the days leading up to Remembrance Sunday (nearest to 11 November).

There is also a white poppy which, depending on your point of view, is either a political protest against war, or is worn alongside the red poppy as a lasting message of peace.

I was surprised to learn that the purple poppy was adopted in 2006 by Animal Aid to remember the animal victims of war, and again is either a political protest or worn alongside the red/white poppy to remember animals that lost their lives in service to their country.

The other thing I learned is that, while there certainly are purple poppies, they are often confused with purple anemones, which are a different family.

So here is my non-political, non-anenome, purple poppy card.  I think I'll try pink next.  Or orange. 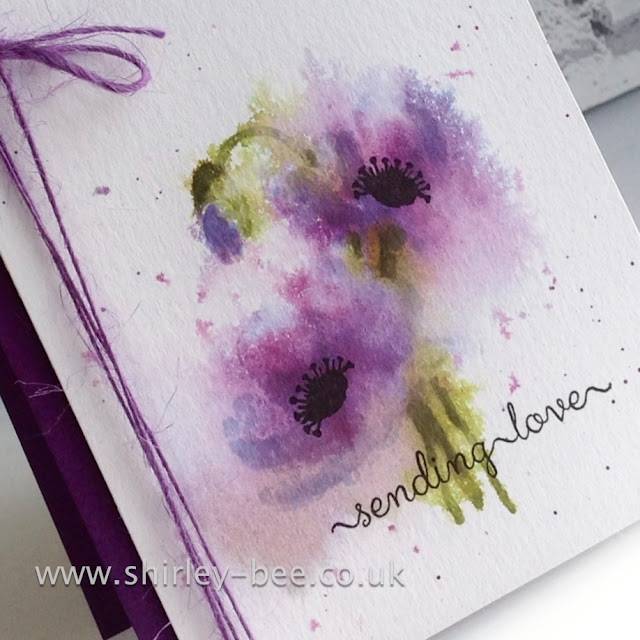