So, welcome to The Mixed Media Card Challenge, where this month's theme is Trees with an option of Birds. 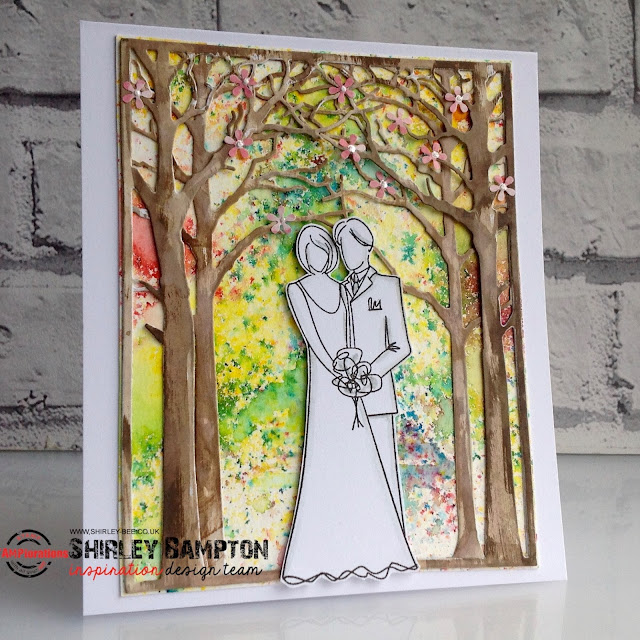 It seems to be quite the trend (especially in warmer climes) to get married outdoors, so I thought I'd make a card on that theme.

I cut the frames out of white card then coloured them with Distress Inks and adhered them on top of each other, then on to the background, which was made with Brusho powders.  I die-cut some tiny flowers, stuck them onto the trees for blossom, then added Liquid Pearls to the centres.  I stamped the happy couple from The Bee's Knees Newlyweds, and just added a touch of shading with Hickory Smoke Distress Ink, fussy cut the image, then placed the happy couple underneath the arch.  The whole panel was then adhered to the card base.

Pop on over to the Mixed Media Card Challenge to see some fabulous inspiration from the rest of the team, and add your Tree card to the gallery!
Posted by shirley-bee at 14:00