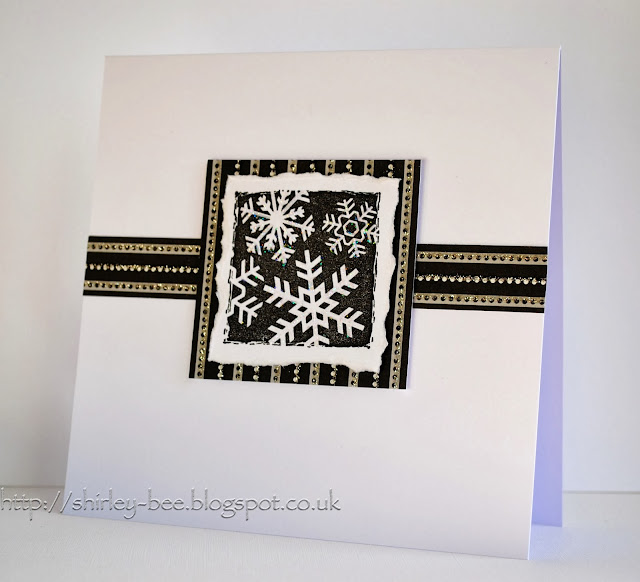 I've finally finished hopping my way round the mega Moxie Fab flash mob blog hop for Cath, which started ten days ago - but there were 285 stops along the way.  And I've nearly finished making an advent village, which has taken a few weeks but I've really enjoyed doing it.  I got the idea from this month's edition of Craft Stamper, so if you're a Craft Stamper reader, you'll get an idea of what I've been up to, but I've added a bit of a twist.  I'll post some pics in December.

In the meantime, I've made this card for several challenges:

The colour scheme comes from Dynamic Duos, and I couldn't turn down the dessert option! 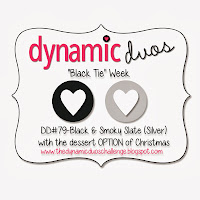 The challenge at Less is More is to use designer paper in a CAS way.

I've used the sketch from CAS(E) This Sketch:

And Nonni from Korttikarkuri is having a couple of Christmas challenges (with prizes).  This challenge is to use scraps or old stash on your Christmas cards.  Both challenges are open until Christmas Eve.  Pop over and take a look - better still, join in!

When I was photographing the card, the sunlight was catching the Stickles on the snowflakes beautifully, but unfortunately the camera doesn't capture it.  Just use your imagination.

Stamp: Inkadinkado
Posted by shirley-bee at 21:07