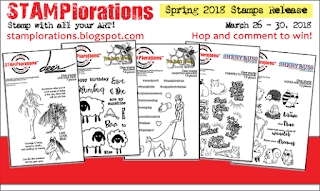 It's Day 3 of the STAMPlorations Spring Release, and we're featuring my second set, Hashtag Walkies.  Well, it is the Year of the Dog.  When DS1 and his partner relocated from Australia to the UK last year, they brought their whippet with them (well, not literally, the whippet flew separately with a stopover in Dubai).  And that was the inspiration for this set. 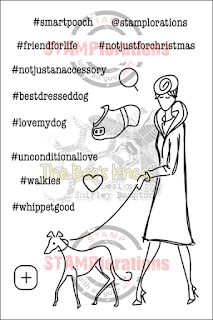 At that time we still had our border collie, Florence, but we had to say goodbye to her last March.  We weren't going to get another dog for a couple of years, but look what happened last month: 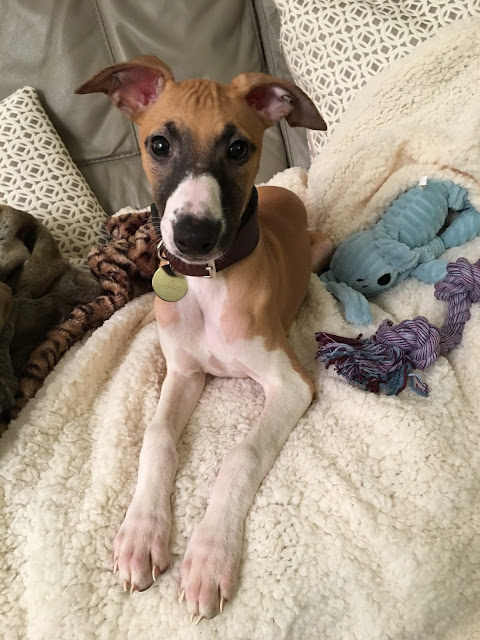 Meet Toffee, the four-month-old whippet.  She's actually related, albeit distantly, to this year's Crufts Supreme Champion, but every dog is a champion in their owner's eyes.

So, on to the cards.  For my first card, I stamped the image then coloured it in with a black Fuseball pen, leaving some white alongside the outlines for definition.  I made a little mask out of strips of card for buildings and sponged with grey, then scored above and below the image and added the icons. 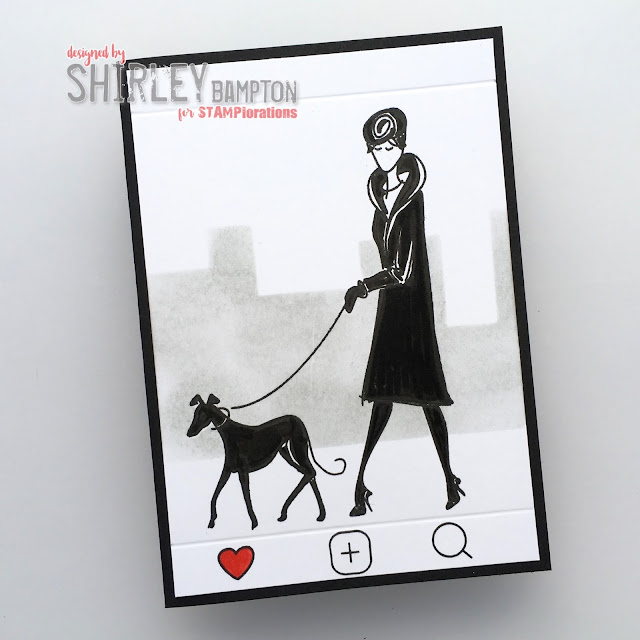 The inspiration for this one was some artwork on Pinterest.  I pencilled in the zebra crossing and buildings, then scribbled them in with a 0.2 fineliner, rubbed out the pencil then added a colour wash of Fossilised Amber. 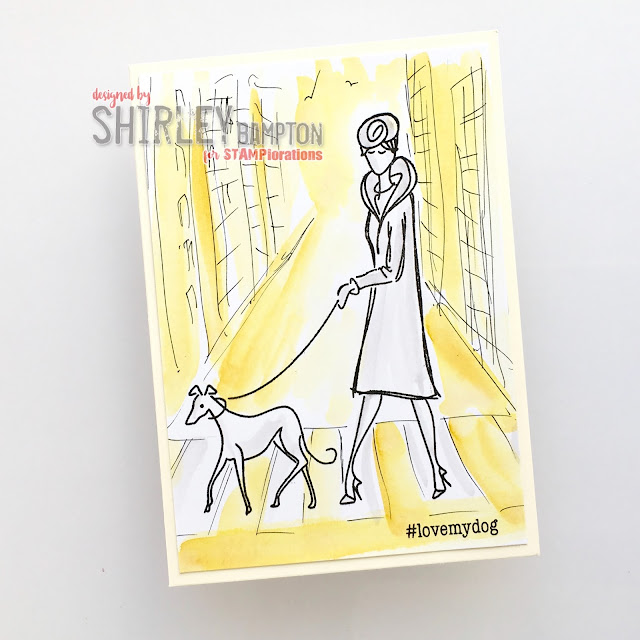 Whippets feel the cold, so I had to include a coat in the set ;) 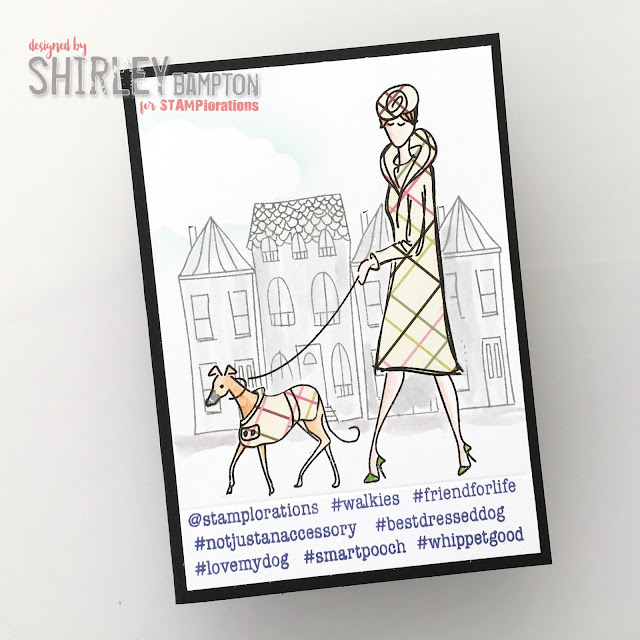 Fancy your chances at winning in our blog hop?  Here's how:

Commenting is open from 26 March until 2 April.
Comment on all the stamp release posts on the STAMPlorations blog and on the designers' blogs to qualify for the prizes -
ONE winner of a $25 gift certificate
ONE winner of the entire release (all five stamp sets)

The stamps are now available to buy in the STAMPlorations store at 10% discount (as are all stamps except retiring sets - no code needed).  Use my code STAMPGIRLSHIRLEY to get a further 20% off.

Hop on over to the STAMPlorations blog to see what the other girls have done, you'll love it!

See you tomorrow with one of Shery's new sets.
Posted by shirley-bee at 15:00