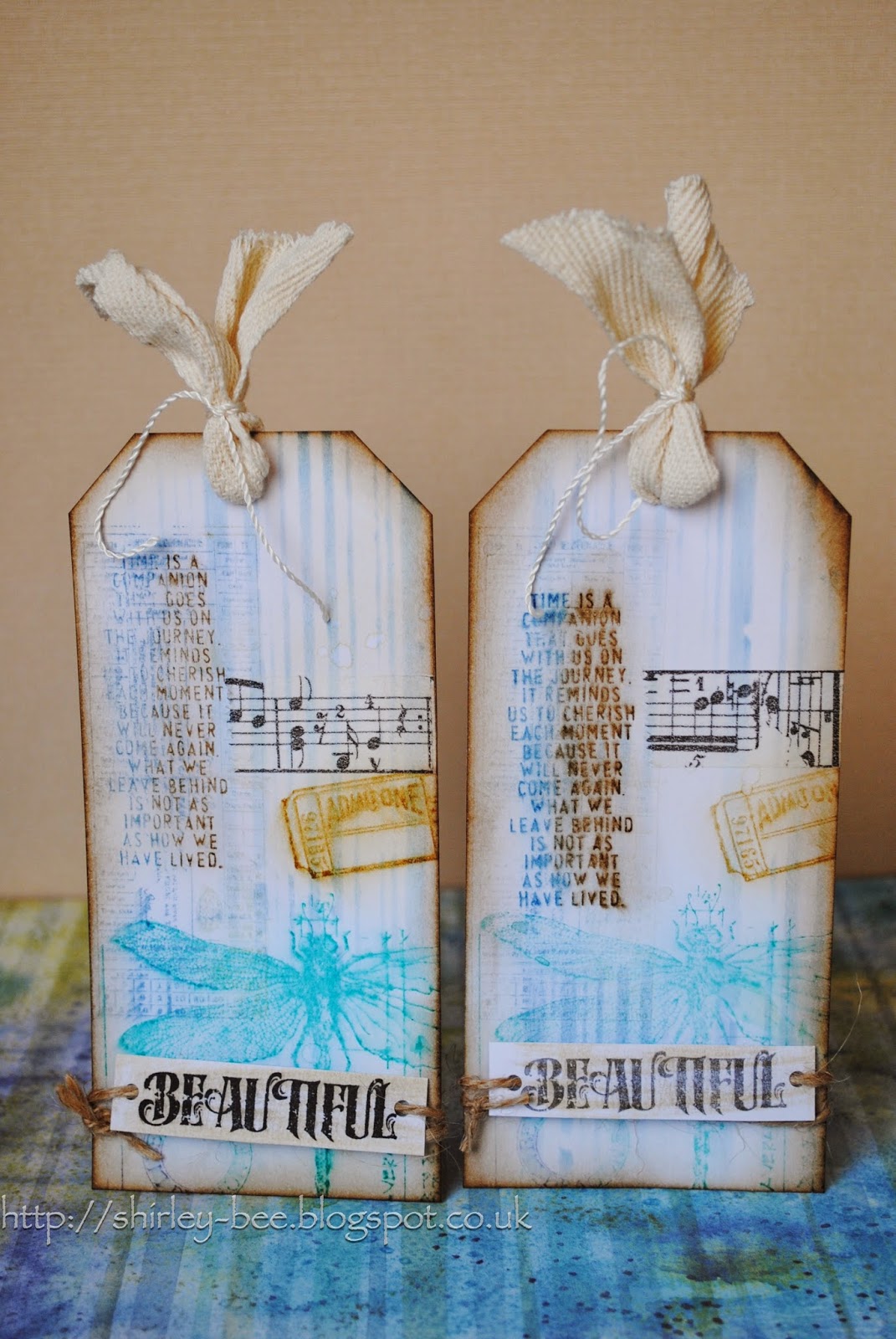 I'm playing along with Tim Holtz' 12 Tags of 2014.  This month it's all about smudge stamping and second generation stamping.  And using an airbrush which I haven't got, so I substituted that for sponging through a stencil.  The idea is that you stamp the image on one tag, huff on the stamp and stamp onto the second tag, getting a lighter image, then take a clean sponge to them to blur the images.  All went well until I added the wording stamp on the left-hand side of the tag as an afterthought.  By that time, I'd been moving the tags around, and stamped them the wrong way, so the first generation tag has the paler wording stamp, and the second generation tag has the stronger wording.  Oh, well.

Here is Tim's pair of tags:- And the verdict on the previously untried orange and jalfrezi milk chocolate - fabulous!!  I won't be asking or my money back!
Posted by shirley-bee at 21:20

Email ThisBlogThis!Share to TwitterShare to FacebookShare to Pinterest
Labels: 12 Tags of 2014